The Principles of Scientific Cooking 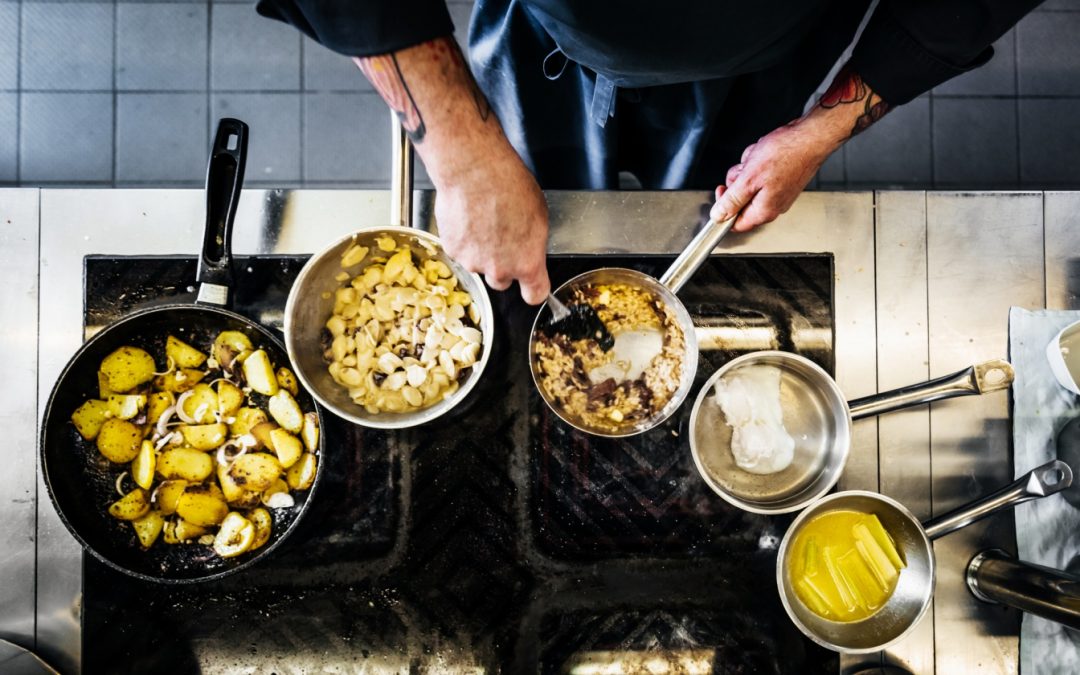 Proper cookery renders good food material more digestible. When scientifically done, cooking changes each of the food elements, except fats, in much the same manner as do the digestive juices, and at the same time it breaks up the food by dissolving the soluble pieces, so that its elements are more readily acted upon by the digestive fluids.

This is doubtless since the preparation of food being such a commonplace matter, its important relations to health, mind, and body have been overlooked, and it has been regarded as a menial service which might be undertaken with little or no preparation, and without attention to matters other than those which relate to the pleasure of the eye and the palate. With taste only as a criterion, it is so easy to disguise the results of careless and improper cookery of food by the use of flavors and condiments, as well as to palm off upon the digestive organs all sorts of inferior material, that poor cookery has come to be the rule rather than the exception.

Cookery is the art of preparing food for the table by dressing, or by the application of heat in some manner. A proper source of heat having been secured, the next step is to apply it to the food in some manner. The principal methods commonly employed are roasting, broiling, baking, boiling, stewing, simmering, steaming, and frying.

Roasting is cooking food in its juices before an open fire. Broiling, or grilling, is cooking by radiant heat. This method is only adapted to thin pieces of food with a considerable amount of surface. Larger and more compact foods should be roasted or baked. Roasting and broiling are allied in principle.

In both, the work is chiefly done by the radiation of heat directly upon the surface of the food, although some heat is communicated by the hot air surrounding the food. The intense heat applied to the food soon sears its outer surfaces, and thus prevents the escape of its juices. If care is taken frequently to turn the food so that its entire surface will be thus acted upon, the interior of the mass is cooked by its juices.

Baking is the cooking of food by dry heat in a closed oven. Only foods containing a considerable degree of moisture are adapted for cooking by this method. The hot, dry air which fills the oven is always thirsting for moisture and will take from every moist substance to which it has accessed a quantity of water proportionate to its degree of heat.

Foods containing but a small amount of moisture, unless protected in some manner from the action of the heated air, or in some way supplied with moisture during the cooking process, come from the oven dry, hard, and unpalatable.

Boiling is the cooking of food in a boiling liquid. Water is the usual medium employed for this purpose. When water is heated, as its temperature is increased, minute bubbles of air that have been dissolved by it are given off. As the temperature rises, bubbles of steam will begin to form at the bottom of the vessel.

At first, these will be condensed as they rise into the cooler water above, causing a simmering sound; but as the heat increases, the bubbles will rise higher and higher before collapsing, and in a short time will pass entirely through the water, escaping from its surface, causing more or less agitation, according to the rapidity with which they are formed. Water boils when the bubbles thus rise to the surface, and steam is thrown off.

The mechanical action of the water is increased by rapid bubbling, but not the heat; and to boil anything violently does not expedite the cooking process, save that by the mechanical action of the water the food is broken into smaller pieces, which are for this reason more readily softened. But violent boiling occasions an enormous waste of fuel, and by driving away in the steam the volatile and savory elements of the food, renders it much less palatable, if not altogether tasteless.

The solvent properties of water are so increased by the heat that it permeates the food, rendering its hard and tough constituents soft and easy of digestion. The liquids mostly employed in the cooking of foods are water and milk. Water is best suited for the cooking of most foods, but such farinaceous foods as rice, macaroni, and farina, milk, or at least part milk, is preferable, as it adds to their nutritive value.

In using milk for cooking purposes, it should be remembered that it is denser than water, when heated, fewer steam escapes, and consequently, it boils sooner than does water. Then, too, milk being denser, when it is used alone for cooking, a little larger quantity of fluid will be required than when water is used.

Steaming, as its name implies, is the cooking of food by the use of steam. There are several ways of steaming, the most common of which is by placing the food in a perforated dish over a vessel of boiling water. For foods not needing the solvent powers of water, or which already contain a large amount of moisture, this method is preferable to boiling.

Another form of cooking, which is usually termed steaming, is that of placing the food, with or without water, as needed, in a closed vessel which is placed inside another vessel containing boiling water. Such an apparatus is termed a double boiler. Food cooked in its juices in a covered dish in a hot oven is sometimes spoken of as being steamed or smothered.

Frying, which is the cooking of food in hot fat, is a method not to be recommended Unlike all the other food elements, fat is rendered less digestible by cooking. Doubtless, it is for this reason that nature has provided those foods which require the most prolonged cooking to fit them for use with only a small proportion of fat, and it would seem to indicate that any food to be subjected to a high degree of heat should not be mixed and compounded largely of fats.