The Importance of Food Elements 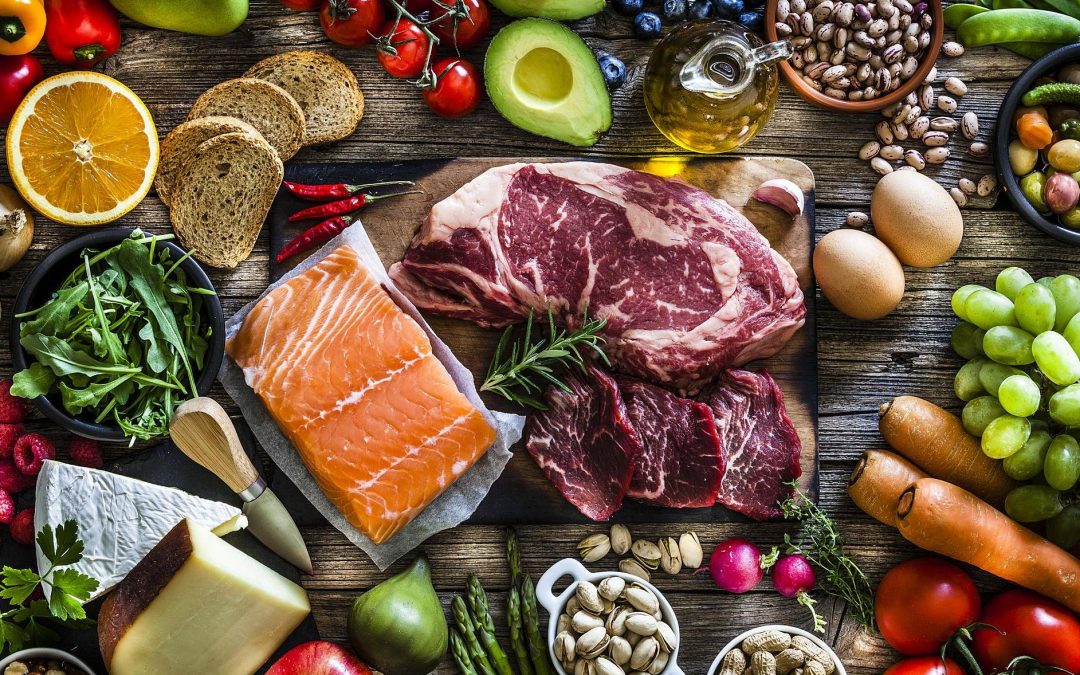 The purposes of food are to promote growth, to supply force and heat, and to furnish material to repair the waste which is continuously taking place in the body. Every breath, every thought, every motion, wears out some portion of the delicate and beautiful house in which we live.

Various vital processes remove these worn and useless particles, and to keep the body in health, their loss must be made right by constantly renewed supplies of material properly adapted to replenish the worn and impaired tissues. This renovating material must be supplied through the medium of food and drink, and the best food is that by which the desired end may be most readily and perfectly attained. The great diversity in the character of the several tissues of the body makes it necessary that food should contain a variety of elements, so that each part may be adequately nourished and replenished.

The digestible food elements are often grouped, according to their chemical composition, into three classes; vis., carbonaceous, nitrogenous, and inorganic. The carbonaceous class includes starch, sugar, and fats; the nitrogenous, albuminous elements; and the inorganic comprises the mineral elements.

Starch is only found in vegetable foods; all grains, most vegetables, and some fruits contain starch in abundance. Several kinds of sugar are made in nature’s laboratory; cane, grape, fruit, and milk sugar. The first is obtained from the sugar-cane, the sap of maple trees, and the beetroot. Grape and fruit sugars are found in most fruits and honey. Milk sugar is one of the constituents of milk. Glucose, an artificial sugar resembling grape sugar, is now mostly manufactured by subjecting the starch of corn or potatoes to a chemical process. Still, it lacks the sweetness of natural sugars and is by no means a proper substitute for them. Albumen is found in its purest, uncombined state in the white of an egg, which is almost wholly composed of albumen. It exists, combined with other food elements, in many different foods, both animal and vegetable. It is found abundant in oatmeal, and to some extent in the other grains, and the juices of vegetables. All-natural foods contain elements which, in many respects, resemble albumen and are so closely allied to it that for convenience, they are usually classified under the generic name of “albumen.” The chief of these is gluten, which is found in wheat, rye, and barley. Casein found in peas, beans, and milk, and the fibrin of flesh, are elements of this class.

Fats are found in both animal and vegetable foods. Of animal fats, butter and suet are common examples. In vegetable form, fat is abundant in nuts, peas, beans, in various of the grains, and a few fruits, as the olive. As furnished by nature in nuts, legumes, grains, fruits, and milk, this element is always found in a state of fine subdivision, which condition is the one best adapted to its digestion. As most commonly used, in the form of free fats, as butter, lard, etc., it is not only challenging to digest itself but often interferes with the digestion of the other food elements which are mixed with it. It was doubtless never intended that fats should be so modified from their natural condition and separated from other food elements as to be used as a separate article of food. The same may be said of the other carbonaceous elements, sugar, and starch, neither of which, when used alone, is capable of sustaining life. However, when appropriately combined and naturally with other food elements, they perform the most essential part of the nutrition of the body. Most foods contain a percentage of the mineral elements.

Grains and milk furnish these elements in abundance. The cellulose, or woody tissue, of vegetables, and the bran of wheat, are examples of indigestible components, which although they cannot be converted into blood in tissue, serve an essential purpose by giving bulk to the food.

Uses of The Food Elements.

Concerning the purpose which these different elements serve, it has been demonstrated by the experiments of eminent physiologists that the carbonaceous elements, which in general comprise the more considerable bulk of the food, serve three purposes in the body;

The fact that nature has made a much more ample provision of starch and sugars than of fats in man’s natural diet would seem to indicate that they were intended to be the chief source of carbonaceous food; nevertheless, fats, when taken in such proportion as nature supplies them, are necessary and vital food elements.

The nitrogenous food elements especially nourish the brain, nerves, muscles, and all the more highly vitalized and active tissues of the body, and also serve as a stimulus to tissue change. Hence it may be said that a food deficient in these elements is particularly poor food.

The inorganic elements, chief of which are the phosphates, in the carbonates of potash, soda, and lime, aid in furnishing the requisite building material for bones and nerves.

While our food must contain some of all the various food elements,  experiments upon both animals and human beings show it is necessary that these elements, mainly the nitrogenous and carbonaceous, be used in specific, definite proportions, as the system is only able to appropriate a certain amount of each. All excess, especially of nitrogenous elements, is not only useless but even dangerous since to rid the system of the surplus imposes an additional task upon the digestive and excretory organs. The relative proportion of these elements necessary to constitute a food which perfectly meets the requirements of the system is six carbonaceous to one nitrogenous. Scientists have devoted much careful study and experimentation to the determination of the quantities of each of the food elements required for the daily nourishment of individuals under the varying conditions of life. It has come to be commonly accepted that of the nitrogenous material which should constitute one-sixth of the nutrients taken, about three ounces is all that can be made use of in twenty-four hours, by a healthy adult of average weight, doing a moderate amount of work. Many articles of food are, however, deficient in one or the other of these elements, and need to be supplemented by other materials containing the lacking component in superabundance, since to employ a dietary in which any one of the nutritive elements is lacking, although in bulk it may be all the digestive organs can manage, is starvation, and will in time occasion serious results.

It is thus apparent that much care should be exercised in the selection and combination of food materials. Such knowledge is of first importance in the education of cooks and housekeepers, since to them falls the variety of the food for the daily needs of the household, and they should not only understand what foods are best suited to supply these needs but how to combine them under physiological laws.