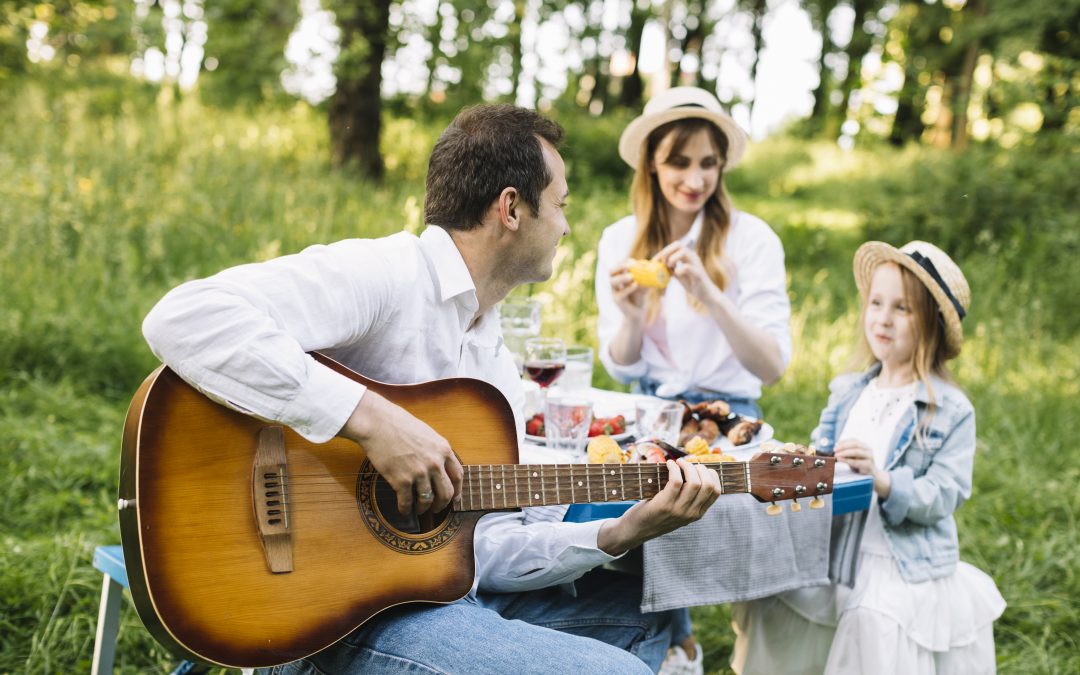 An outdoor event catering company can help with all of these details and do so much more to turn your barbecue into a more enjoyable occasion, for you and your guests.

Starting with the planning, a catering company will help by presenting options and ideas for making your barbecue extra special.

Of course, the menu is very important. Not only does it need to be tasty and well-prepared, but, your health-conscious guests want healthy hors d’oeuvres and main courses – done barbecue style. Look for a catering company with a specific barbecue or outdoor menu. Many indoor specialties simply don’t work as well out-of-doors.

But, it’s more than good food. You need a great service. Your catering company should be ready to prepare and serve food outdoors. The serving staff needs to be courteous, professional and able to make your guests feel comfortable.
Make sure the barbecue catering company you choose will take care of everything you need for an outdoor event, from place settings to tents. You should not need to worry about set-up and clean-up either.

The barbecue catering specialists at Ida’s Kitchen are ready to take care of everything you need for a successful outdoor event.

Unfortunately, researchers say there is still another concern about the health impact of barbecuing any animal meats; when they are cooked in the intense heat of the barbecue, substances are formed that have been clearly shown to be carcinogens (substances that can start the development of cancer). And these substances develop regardless of whether low-fat or high-fat, red meat or white meat is on the grill.

In a landmark report on diet and cancer risk, the American Institute for Cancer Research (AICR) notes that as meat – red or white – is cooked, natural substances that it contains react under intense heat to form compounds called heterocyclic amines (HCAs) that have been linked with increased cancer risk in some animal studies. The longer the cooking time and the higher the temperature, the more these carcinogenic substances formed.

Studies in the Journal of the National Cancer Institute have shown that people who frequently eat heavily browned or very well done meat are three to five times more likely to develop breast, colon and stomach cancer than those who eat it less often. Studies of rodents demonstrated that these HCAs are distributed to mammary (breast) tissue and cause changes in a cell’s genetic material. However, we don’t have proof that this process occurs in people.

Does this mean that if you care about your health you must banish the grill? Not necessarily. Researchers note that how people barbecue affects the risks. For example, marinating meat or poultry even briefly before cooking reduces the amount of HCAs formed by about 96 percent. Partially pre-cooking meat for two minutes in the microwave just before grilling prevents 90 percent of the HCAs normally formed.

Avoid the black char that often forms during grilling, since it is particularly concentrated in cancer-causing substances. Other carcinogens of concern come from the smoke. You can limit the meat’s contact with smoke and decrease this risk if you raise the grill a little higher from the heat and choose leaner meats and trim all visible fat so it can’t drip and cause smoking. Placing food in a foil packet also prevents smoking.

The rest of your meal can reduce the risks of grilling as well. Antioxidant vitamins and phytochemicals in fruits, vegetables, and soy foods seem to block some of the damage HCAs do to cells. Studies from Oregon State University demonstrate that substances in tea increase the body’s ability to detoxify and excrete HCA before they do their damage.

Look at the overall balance of your meal. AICR recommends that at any meal, animal protein like meat, poultry, and seafood should occupy no more than a third of your plate. And that’s especially true when it’s grilled. By limiting your meat portion, you limit your exposure to HCAs and other carcinogens. And by enjoying a healthy portion of fruits, vegetables, and whole grains, you get loads of cancer-fighting, health-promoting nutrients, and phytochemicals. If you want to grill some of these veggies, that’s no problem, since the HCA reaction occurs only in foods with animal protein.